Dick Button is widely considered one of the premiere male figure skaters of all time. He dominated the world of figure skating for a seven-year period, winning two Olympic gold medals (1948 and 1952), five consecutive World Championships, seven U.S. National titles, and four North American and European Championships. His illustrious, fifty-year broadcasting career earned him the first ever Emmy for “Outstanding Sports Personality—Analyst” and the first induction into the Sports Broadcasting Hall of Fame “Sports Analyst” category. 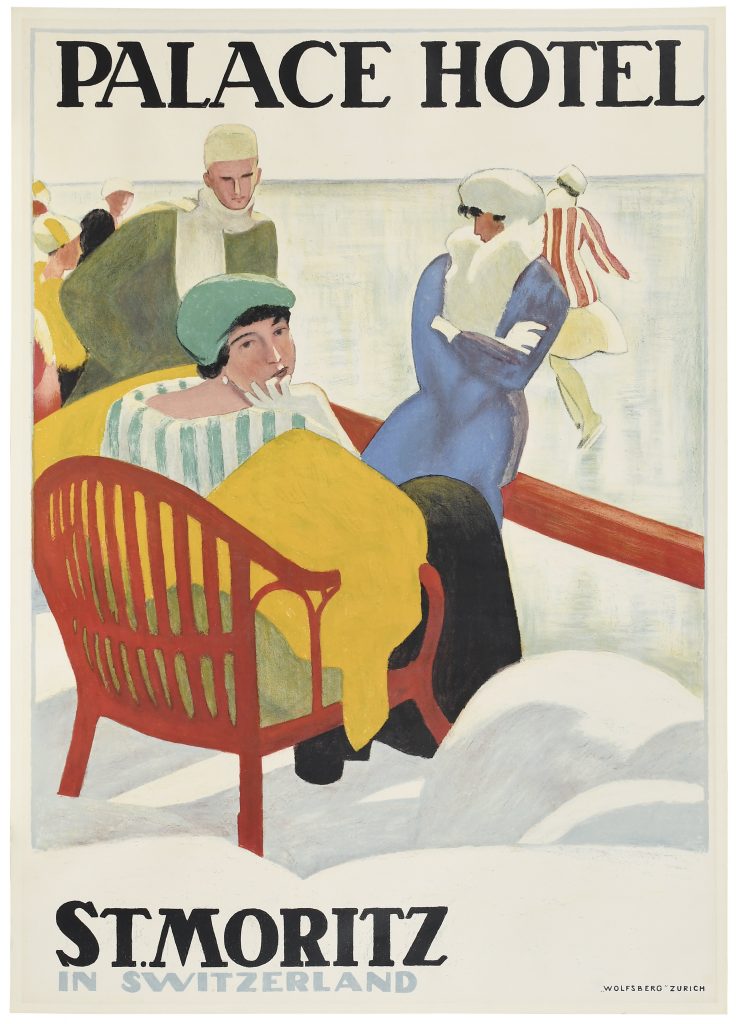 Button’s legacy in the sport extends beyond competition, performance, analysis, and production. He has built a diverse and distinguished collection of paintings, prints, posters, sculptures, costumes, and folk art that honors the long history, evolving artistry, and cultural impact of skating.

Highlights of the works up for auction include a panoramic work by the important French-American artist Regis Francois Gignoux from 1854 of “Snow Storm Threatening”, an almost five foot long ice skating scene; an 1875 Philadelphia “Skating on the Schuylkill” by the rare American artist William Willcox, showing 113 highly detailed figure skaters on the ice; important posters by Jules Cheret and Toulouse Lautrec, among others; rare skating scenes by Currier & Ives; decorative art including a rare hooked rug of figure skaters; numerous rare and historic skates, even costumes worn by Mr. Button and an Olympic Torch he carried in 2002. The collection is both highly personal and comprehensive and tells the story of both figure skating and its most important personality.

For a private viewing prior to auction or for more information, please contact Nan Zander at 828-254-6846 or info@brunkauctions.com.