This collection of charts, manuscript maps, and documents descended in the Sever family of Kingston MA. Nicholas Sever (1680-1764) and his son, William (1729-1809) were successful merchants involved in the coastal New England trade and were known to own at least seventeen trading vessels. They shipped primarily wood, plank, staves, and salt fish out of Boston and Salem. William, who had formerly served on the Governor’s Council, became president of the Massachusetts Provincial Congress on July 26, 1775. During the Revolutionary War, William constructed, armed, and supplied privateer vessels. The account book and index reflect the period of time that Nicholas and William ran the firm “Nicholas Sever and Sons” (1755-1777). When William retired, he turned over his shipping and trade business to his sons, John Sever (1766-1803) and Captain James N. Sever (1761-1845). 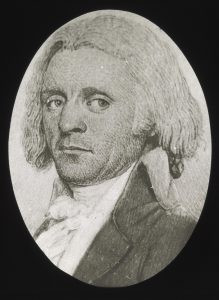 In 1795, Sever superintended the building of the frigate USS Congress and afterward served as her commander during the Quasi War. In 1798 Sever was appointed one of the first six Post Captains in the United States Navy. The manuscript collection contains approximately 154 documents and correspondence from 1794 to 1801 pertaining to the Quasi war and the USS Congress. 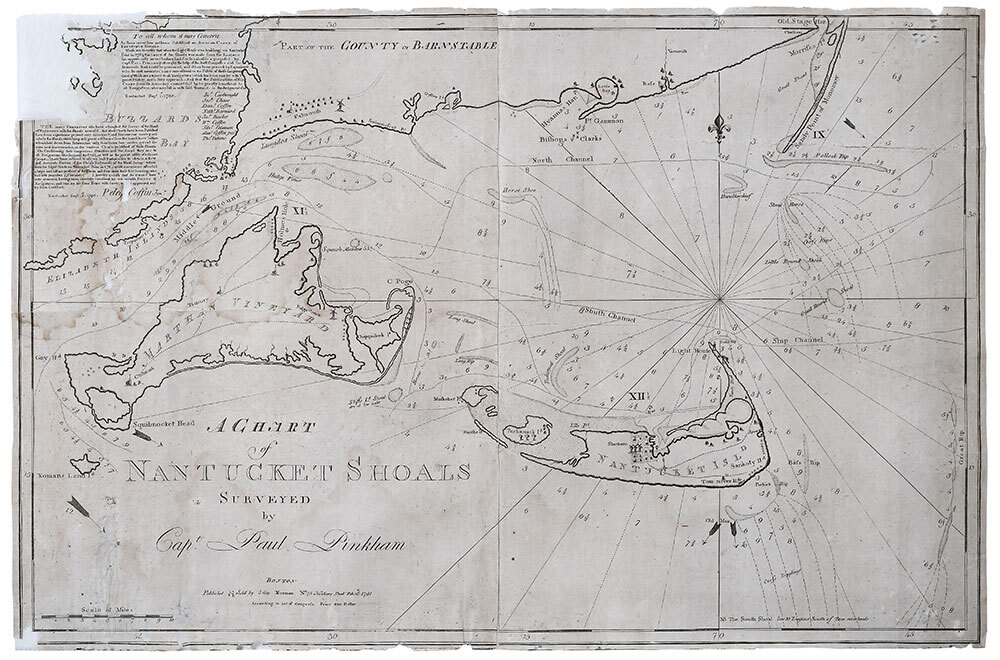 Most, if not all charts belonged to Captain James Sever, being endorsed on the reverse with his signature. Five of the printed charts were called “Blueback Charts” because of the blue paper backing that was pasted on the back to strengthen them. Bluebacks were drafted, printed, and sold by private London publishers and were preferred by merchant ship captains worldwide over those produced for the Admiralty because they were designed to meet the needs of specific routes. Often both the departure and the destination were incorporated within a single map and they generally contained a number of inset maps to assist with navigation into various ports along the way. Although blueback charts were often more expensive than charts produced by the British Admiralty, the cost was offset by the need for fewer of them due to the inclusion of the inset maps. 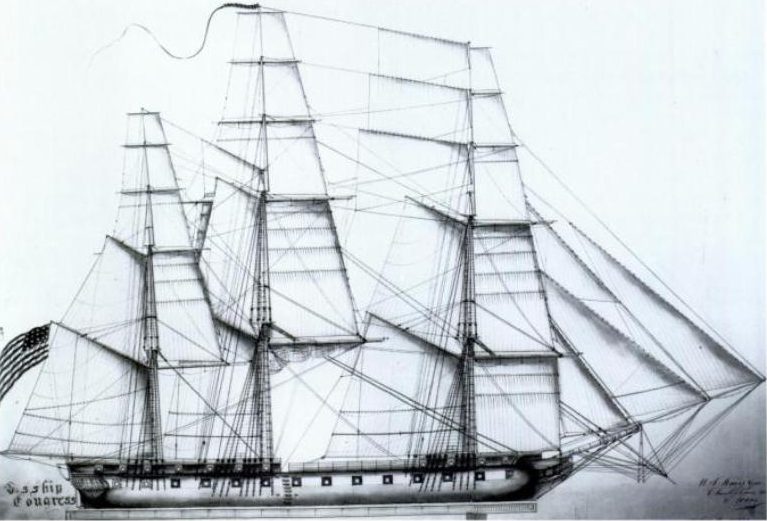 Two of the charts were compiled by Joseph Frederick Wallet Des Barres who was commissioned by the British Admiralty to provide the accurate surveys of the North American coastline. In addition to providing soundings for harbors and channels, his nautical surveys often included depictions of the beaches, fields, and markers along the shoreline. These two maps and the extraordinarily rare map of Nantucket Shoals by Paul Pinkham were likely used during the short period of time that the Sever family was involved with whaling off of the New England shores.

The collection also includes five unsigned manuscript maps that probably date around 1770 to 1780. All of them were drafted on paper frequently used in colonial America. Although the maker is unknown, the handwriting on three of them is similar to that of John Sever.