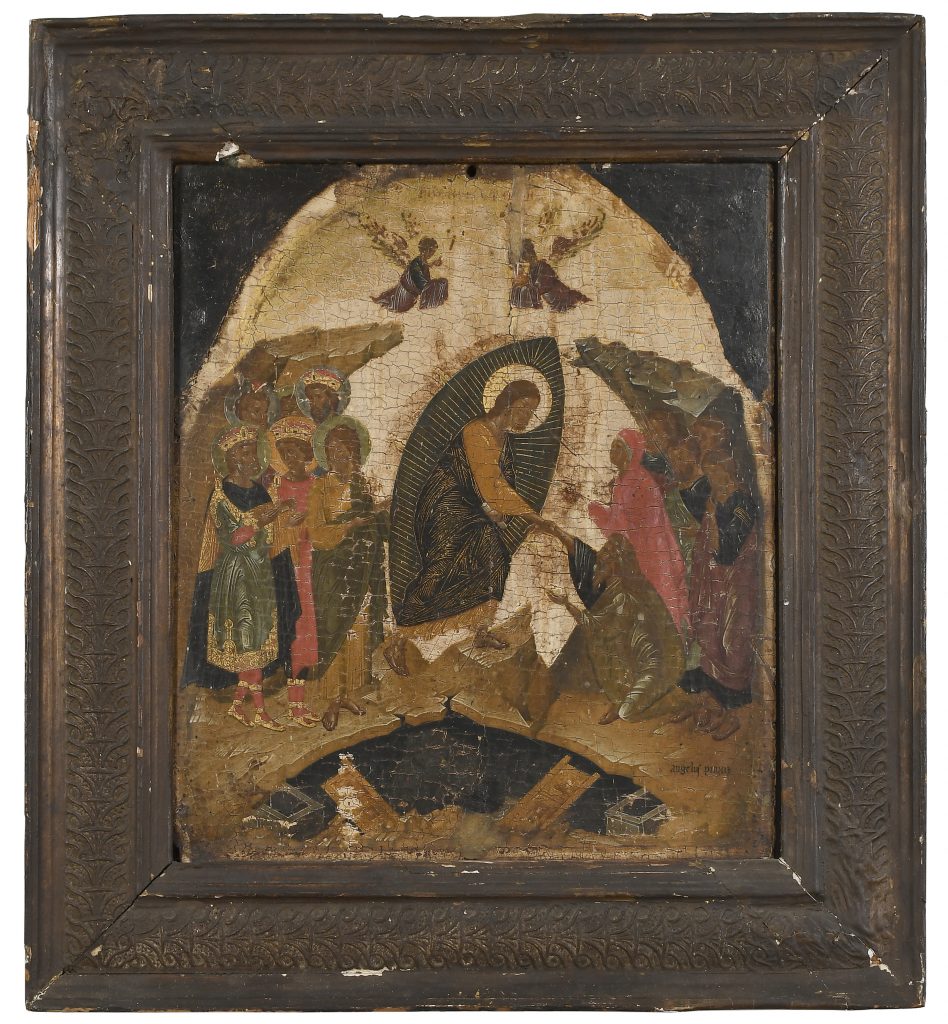 Until now, only twenty-two icons were known to have been signed by the artist, Angelos, the late Byzantine Master working in Crete in the first half of the 15th century. The inscription ‘angelus pinxit’, which we read on this icon, is very rare. There is only one other icon, Christ Man of Sorrows held by the Museo Correr, Venice, which is also signed ‘ANGELUS PINXIT.’ It’s highly possible that the [Descent into Hell] was for a Venetian client, which explains why the painter’s signature is in Latin. This was common in Cretan icons at the time of the Venetian occupation of the island. 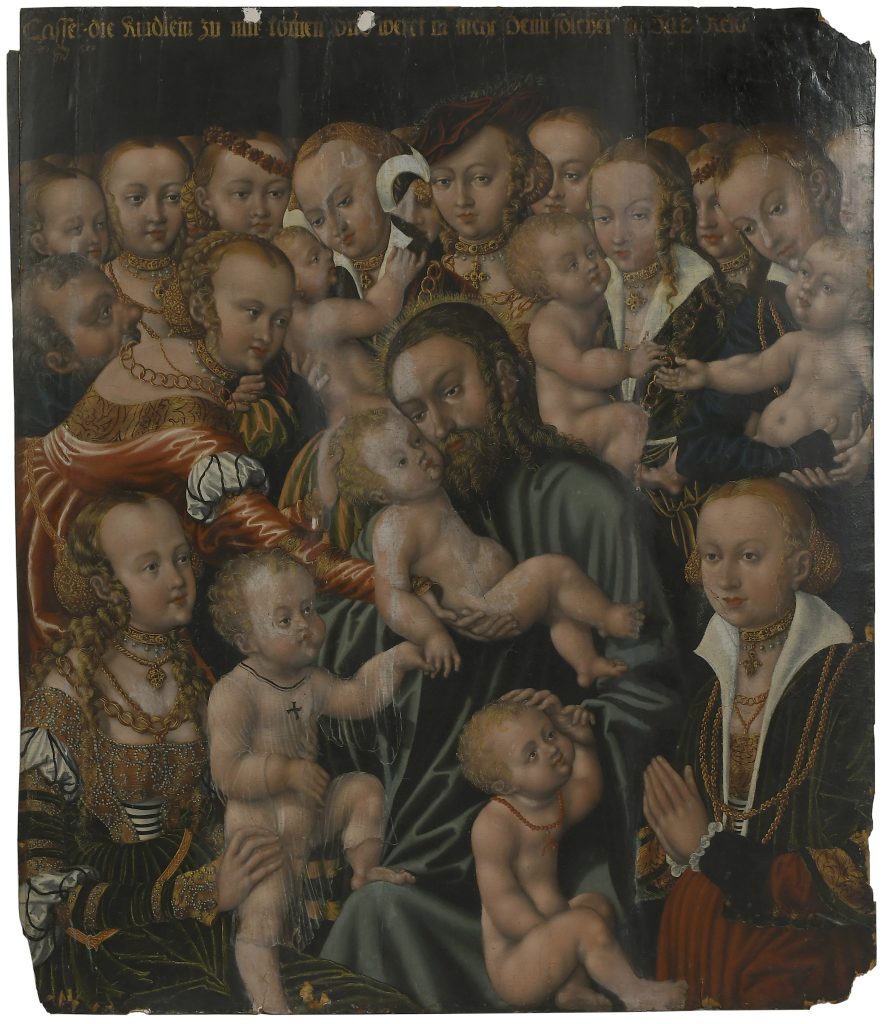 This large and detailed panel draws inspiration from Cranach himself, who created at least two compositions of this subject painted in 1537 and 1538 respectively. This tender subject was rarely depicted before the 16th century.