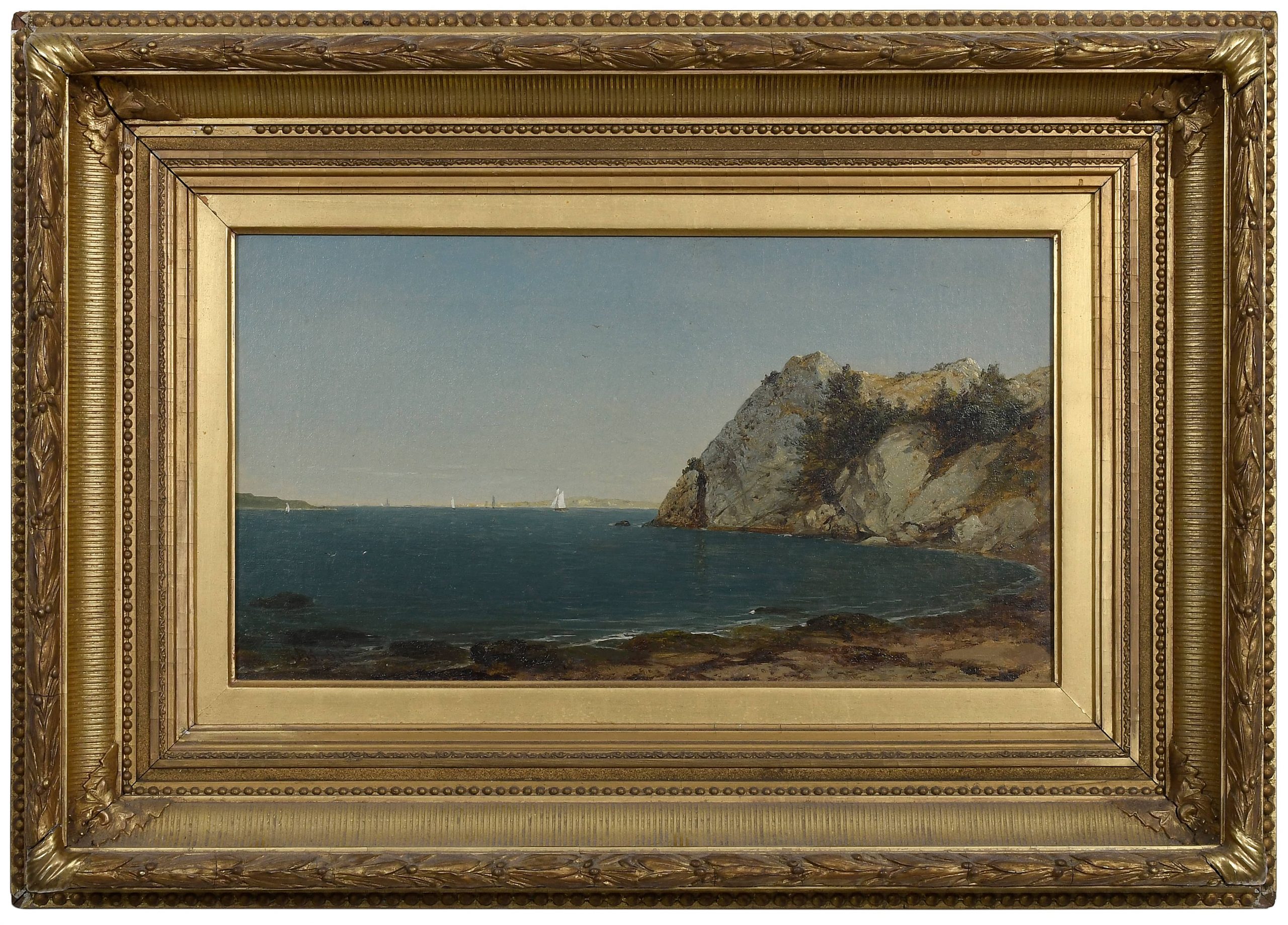 Newport was one of Kensett’s favorite subjects, painting it time and again from the 1850s on, and related paintings hang in many important public institutions such as the Metropolitan Museum of Art and The National Gallery of Art. The Beacon Rock, Newport Harbor in the National Gallery is essentially a larger version of this scene, painted one year later and almost exactly twice as large. The Cummer Museum has a slightly larger version still, painted in 1864. He was still returning to this favorite subject the year he died, when he painted the Beacon Rock in the collection of the Dallas Museum of Art, as well as The Metropolitan Museum of Art’s 1872 painting of Newport Rocks, which is a dreamy view almost completely devoid of anything but the the luminist necessities of light and atmosphere.