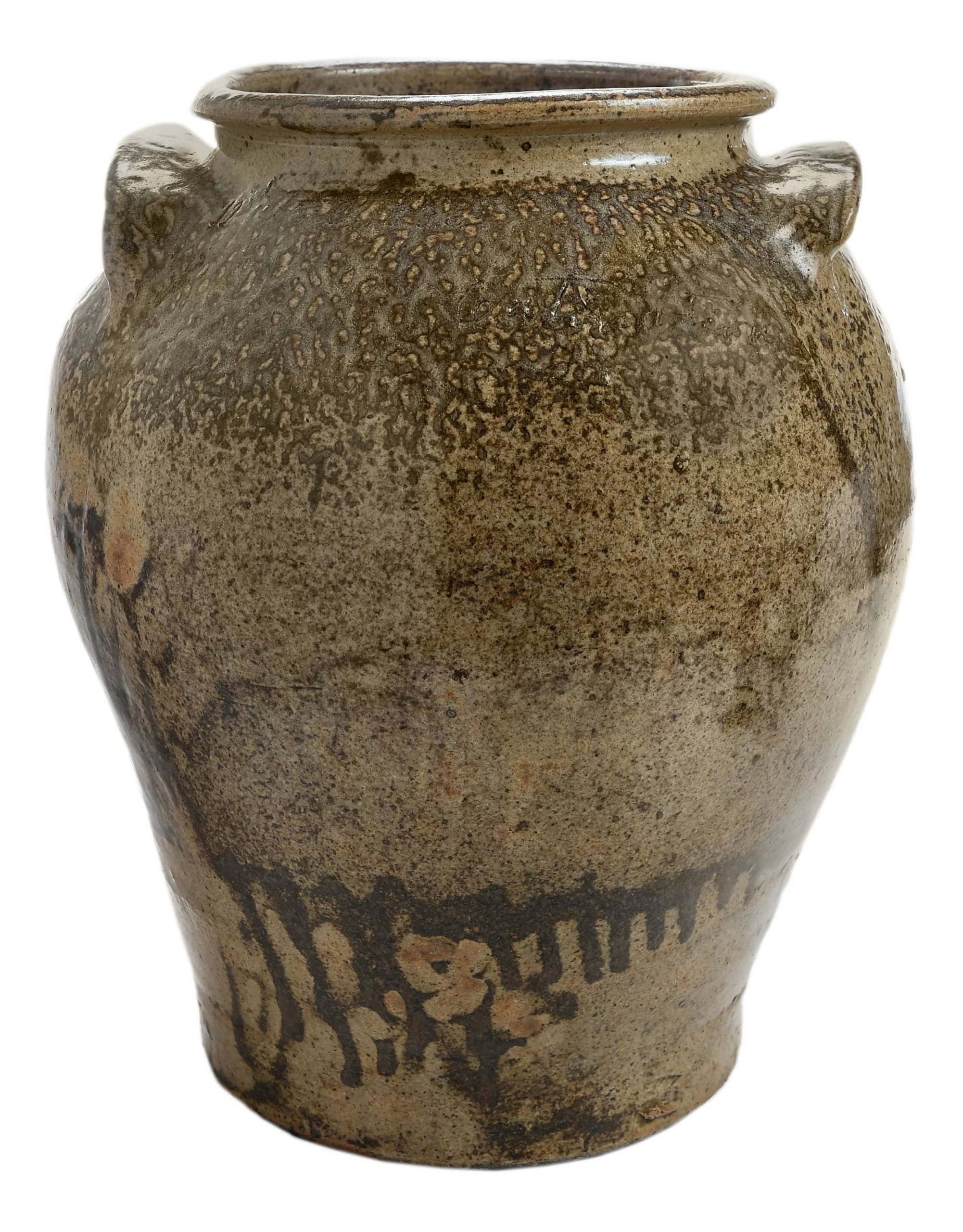 Note: This jar is an exceptional early surviving example of Dave Drake’s work. According to the Arther F. Goldberg and James P. Witkowski article “Beneath His Magic Touch: The Dated Vessels of the African American Slave Potter Dave”, published by Chipstone Foundation in Ceramics in American 2006, edited by Rob Hunter, this jar is the eighth earliest known dated work, and the fourth earliest known to hold an inscription. Believed to be a companion work of the earliest known scripted piece dated June 12, 1834, holding the phrase “Concatination” (sic)

Condition: glaze voids and anomalies as made, firing anomalies to interior as made, very fine star hairline to glaze at belly likely due to slight bump, old residue to interior and exterior, wear to base edge consistent with age and use, remnants of residue on base, great condition