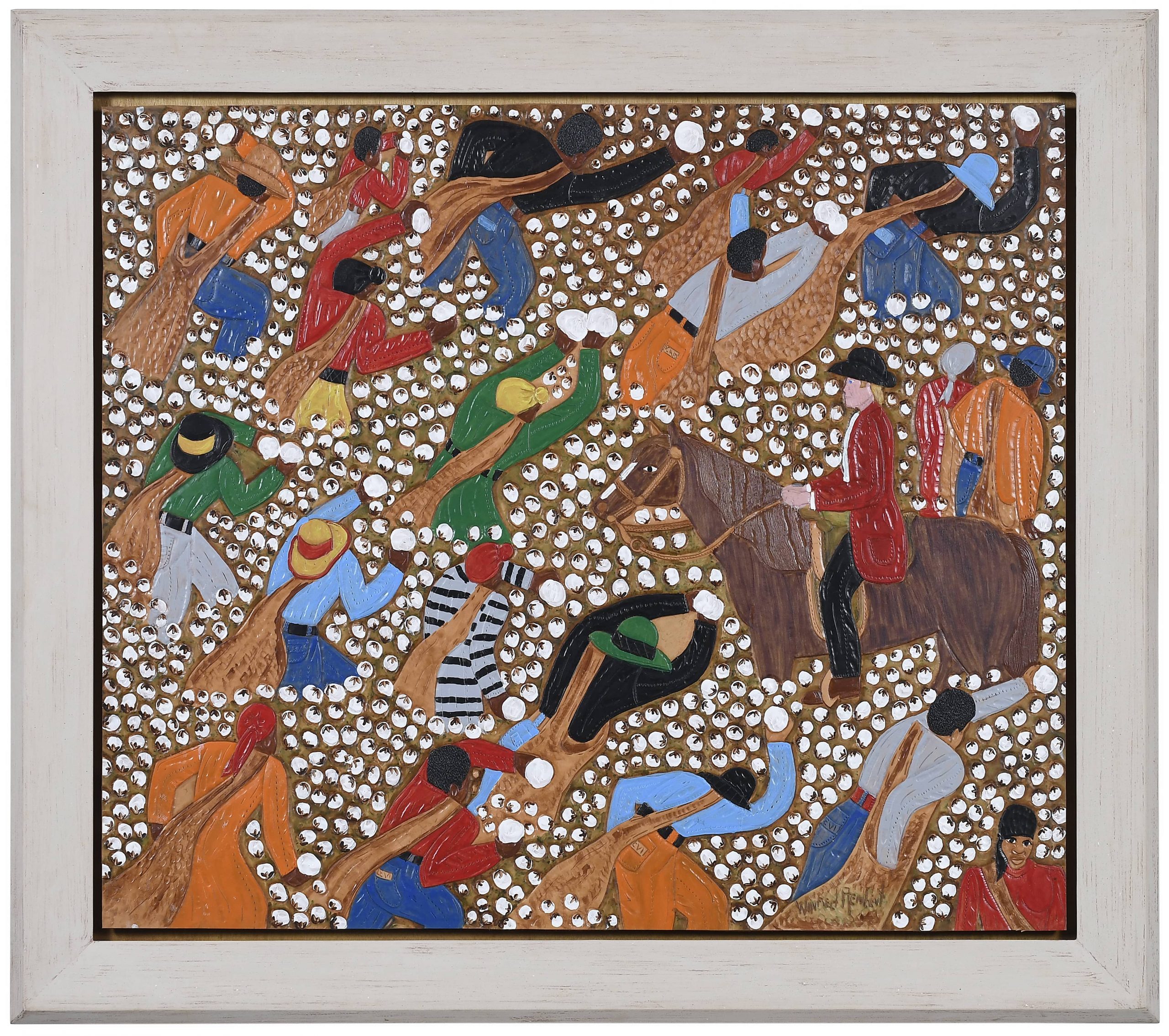 Winfred Rembert, Cotton Pickers with Overseer
signed lower right “Winfred Rembert”, dye on carved and tooled leather, 34-3/4 x 40-3/4 in.; white painted wood frame 43 x 48 in.
Estimated: $150,000-$200,000
Born in rural Georgia, raised in a community tied to the cotton fields, Winfred Rembert survived a childhood of poverty in the segregated South of the 1940s. He would go on to be a nationally recognized artist, and his biography – Chasing Me to My Grave: An Artist’s Memoir of the Jim Crow South – was awarded the Pulitzer Prize in 2022.

It was not a well paved path. In 1966, after a demonstration in Americus, Georgia, Rembert was arrested and put in jail without being charged. A year later, he escaped but was caught and hung up by a group of deputy sheriffs. They stuck him with a knife but did not kill and burn him as he had anticipated. He spent the next seven years in a chain gang. Remarkably, he met his wife while building roads and bridges in rural Georgia as part of his prison sentence. While in prison, a man named TJ taught him how to carve wallets out of leather, a skill that he would use decades later in his embossed leather paintings.

After his release, Rembert and Patsy married and they moved to New York, then Connecticut, where he worked a variety of jobs. Not until in his 50s after a second round in prison, did he begin to draw and paint the scenes of his youth, carving the stories into tactile leather canvases.

In 2000, Rembert had a well publicized show at the Yale University Art Gallery. In 2002, he was introduced to Peter Tillou after speaking about his artwork at a school in Waterbury, Connecticut. A short time later they agreed to a working relationship that included numerous exhibitions and his 2010 coming out show at Adelson Galleries in New York. His work has entered major museum and private collections.