Collecting from the Inside Out–The Ann and Joel Finn Collection 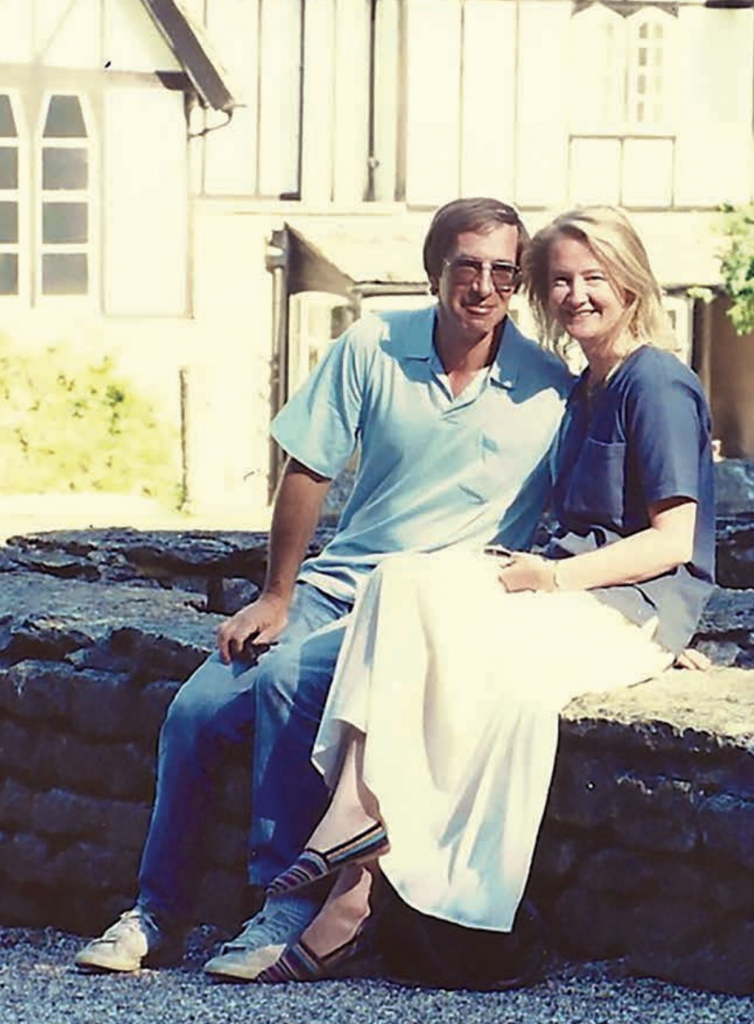 Some things are hard to square about Joel E. Finn. He loved speed, but collected with infinite patience. Solitary by nature, he was inseparable from his wife and soulmate, Ann Y. Smith. A visionary who excelled in the technology sector, Finn was as canny about the future as he was fascinated by the past.

Finn’s habit of looking at things from the inside out, of understanding beauty as an expression of design, construction and inner belief, calls to mind another former resident of Connecticut’s northwest hills, sculptor Alexander Calder (1898-1976). Art critic Holland Carter recently characterized Calder’s genius as “a marriage of poetry and physics,” something that could be said of Finn’s instinctive approach, as well. Finn worked with purpose and industry to assemble several notable collections. His initial love was the dominant cultural icon of the twentieth century, the automobile. He acquired his first car when he was ten and later distinguished himself as a driver, competing in the United States and Europe, and as a historian of vintage race cars and racing. Portions of his formidable holdings of automotive memorabilia will be preserved in the Revs Institute at the Collier Museum in Florida. Finn’s early work for IBM brought him from upstate New York to suburban Connecticut. After moving to rural Litchfield County in the 1980s, he began assembling parcels of land, much of it now conserved by the Weantinoge Heritage Land Trust. Acquiring land was another way of understanding beauty from the inside out, of experiencing landscape by placing himself in it, by shaping its contours and knowing intimately its ridges and declivities, its movement and solitude. If the landscape paintings Finn and Smith lived with seem to echo the views from their hillside perch, it was because Finn designed the house, collection and contoured setting as a synergistic whole. 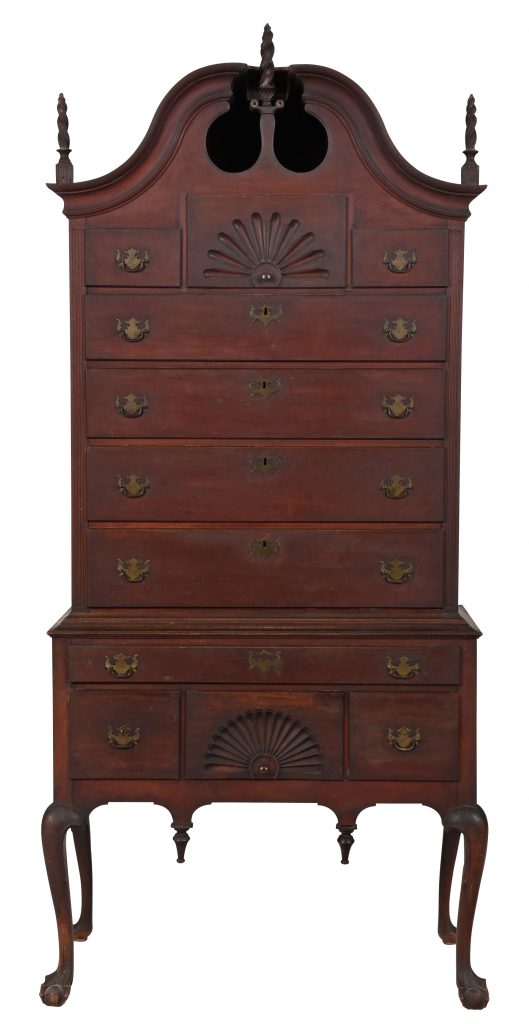 Finn’s desire to furnish with locally-made pieces prompted him to seek case furniture by eighteenth-century craftsmen from the then largely agrarian communities of Woodbury, Southbury and Newtown, Connecticut. A less resourceful collector might have abandoned his search for these scarce, quirky, little understood specimens. Finn’s hunt instead led him to Waterbury’s Mattatuck Museum, and to its curator at the time, Ann Smith. As she later recalled, “He liked to tell people we were introduced by someone who had been dead for 200 years: the maker of the furniture he collected from Litchfield County. He was fascinated with trees and lumber and the local pull of the places he lived. He was a brilliant man with wide-ranging interests.” On her first visit, she climbed a ladder to the door of the still unfinished house, passing from one life into another. Their interests were soon intertwined. Collector and curator, impulse and insight, their fascination with Connecticut furniture leading to exhibitions, accompanied by catalogues, at the Mattatuck Museum and Litchfield Historical Society. 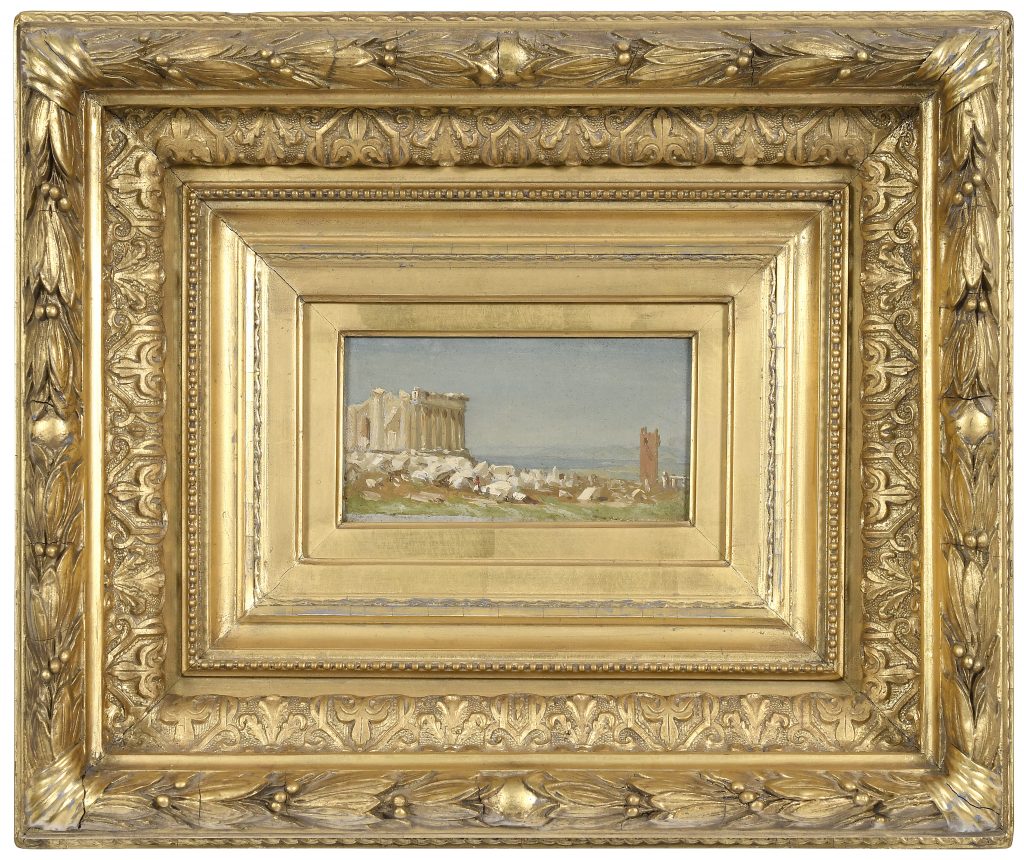 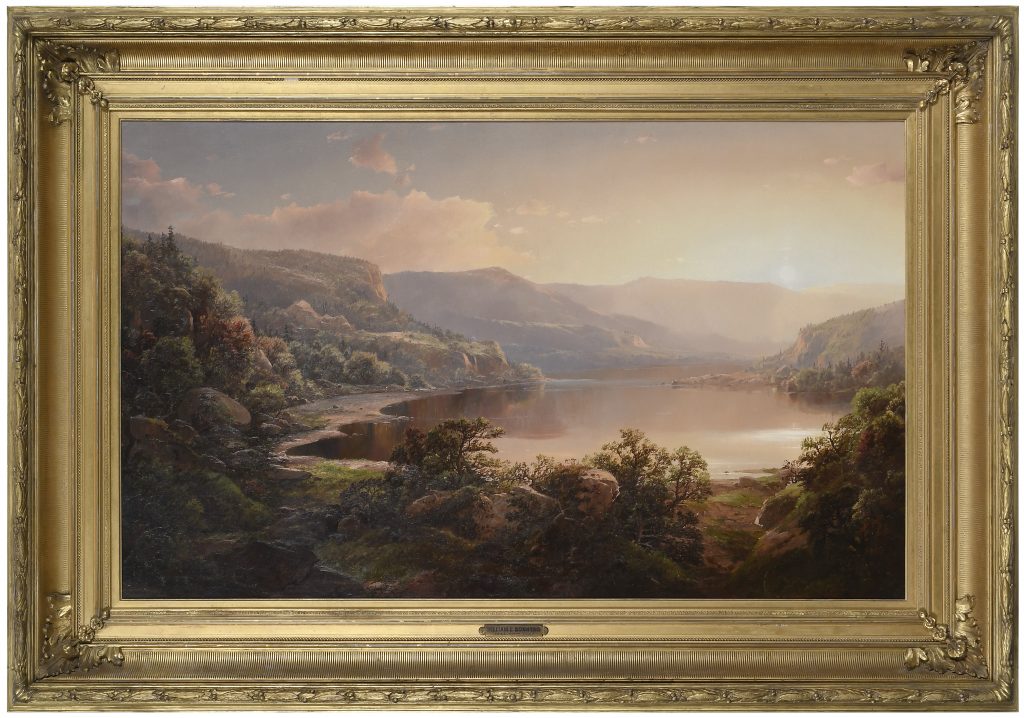 The couple’s deeply knowledgeable approach to collecting nineteenth century New England landscape paintings originated with Smith’s training at the University of Michigan, where she studied with David Carew Huntington (1922-1990), the Frederic Edwin Church (1826-1900) scholar credited with helping save the painter’s home, Olana, in the 1960s. Hudson River School paintings appealed to Finn, always drawn, as his wife recalls, to the great sweep of unpopulated landscapes. Working in tandem, the couple acquired “View from Narragansett” by John Kensett (1816- 1872) around the time Smith produced Images of Contentment: John Frederick Kensett and The Connecticut Shore, a catalogue and exhibition at the Mattatuck Museum in 2001. Meticulous in their approach, they drove to New York’s Catskill Mountains to study Kaaterskill Clove, a touchstone for nineteenth-century artists, and the subject of one of two paintings by Sanford Gifford (1823-1880) in Smith and Finn’s collection. Also in their collection, “Sunset” by William Sonntag (1822-1900) and “The Grey Month” by Bruce Crane (1857-1937) are superlative examples by much praised artists, the latter associated with the art colony at Old Lyme. Closer to home are Litchfield County views by John Casilear (1811-1893) and Edward Nichols (1819-1871). The couple’s gathering of paintings by Alexander Theobald Van Laer (1857-1920), whose house still stands on West Street in Litchfield, is unsurpassed. Finn’s fascination with the little-known Van Laer, whose sketchbooks he pursued and ultimately acquired, ran parallel to his love for the sometimes-overlooked furniture of northwestern Connecticut. Undeterred by the furniture’s scarcity, the obscurity of its makers or the complexity of its stylistic origins, Finn was instead challenged to know more. Collecting casepiece furniture seriatim is no longer common in an era more characterized by its eclectic, if not random, approach to objects. But in Joel Finn and Ann Smith’s perfectly designed living room, one welcomes as stately physical presences the chests-on-chests and high chests of drawers that circle the space. Even as they did for Finn and Smith, these august relics prompt lively conversation in a setting of thoughtful repose.