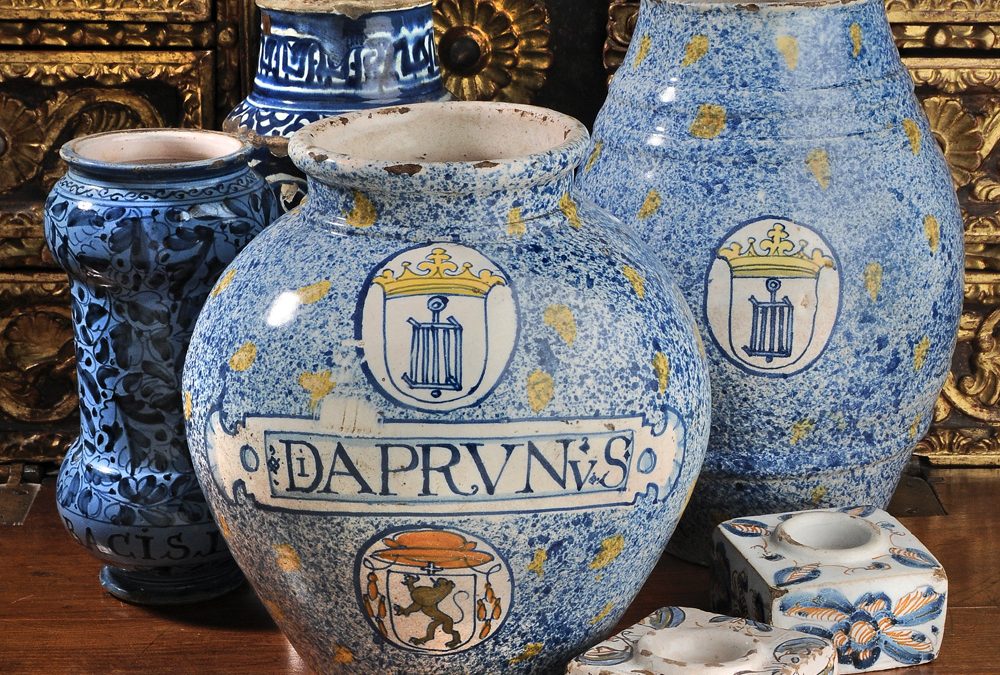 On Saturday, January 18th, 2014, Brunk Auctions will hold their first sale of the New Year. The sale will feature over 800 eclectic lots from various private collections and estates.

The start of 2014 will see the return of Piedmont craftsman Jesse Needham to Brunk Auctions. The important tall chest on frame by Needham is the second offered by Brunk Auctions. The first sold in July 2013 for $66,000. The Needham tall chest available in this auction has been recorded by MESDA and can be seen in the May 1973 issue of the Magazine Antiques. This inscribed example, with its elaborate pitched pediment, it is estimated at $45,000 to $75,000.

More important early ceramics from the same private collection that brought a number of outstanding pieces to light in September will also headline the January sale. Among the rarities are an Important Pair of 16th Century Spanish Renaissance Escorial Drug Jars from Talavera de la Reina (Estimate: $12,000 to $18,000) and an important Elizabethan tile ($5,000 to $7,000).

A number of important paintings will be featured as well. A watercolor by the modernist Alice Schille should turn heads. Schille is considered by some to be among the finest American watercolorists. She often experimented with different media, and used watercolor over oil in the case of the circa 1911 painting of a (possibly Paris) flower market available in Brunk’s January sale.

Another important work of art in the upcoming sale is a watercolor of Great Spruce Head Island by Fairfield Porter. This painting comes directly from the family, and it depicts a Maine island owned by the family. Other notables include works by Andre Brasilier, Pablo Picasso, and a fine print of Andy Warhol’s Sitting Bull.