Hailed as a father of a new figurative style of painting in the 1950s, African American artist, Bob Thompson generated a large body of expressive, bright, and bold work in his brief, ten-year career. Thompson’s legacy is significant—not only for his extraordinary body of artistic work, but for the impact his life and work have had on our broader culture.

Born in 1937, Thompson spent his formative years in Louisville, Kentucky and in Boston, Massachusetts. His plans to become a doctor yielded to a much stronger inclination to study and create art. Thompson’s studies at the University of Louisville and the Seong Moy Art School in Provincetown, Massachusetts inspired him deeply and set the course for the young artist. Early influences in Provincetown included Abstract Expressionist painters, Hans Hoffmann and Jan Muller, as well as conceptual artist, Red Grooms. After his summer stint on Cape Cod, Bob Thompson returned to Louisville invigorated and inquisitive. His subsequent studies of Italian Renaissance art further informed his understanding of art which would later help develop his own stylistic expression.

In 1958, Bob Thompson moved to New York and found the beginnings of success, joining the City Gallery and exhibiting at the Delancey Street Museum and the Zabriskie Gallery. Three years later, further afield in France and Ibiza, Thompson continued painting with remarkable passion. With a cache of canvases in tow, he returned to New York in 1963. A solo exhibition at the Martha Jackson Gallery soon after his homecoming all but secured his spot in the contemporary art world.

Thompson’s canvases revealed a vital and deeply imaginative artist whose work grappled with universal themes and symbols. With a rich palette and an array of geometric shapes, curves, diagonals, his work explored the interplay of good and evil, and the complex relationships between man and nature. Influenced by Renaissance, Baroque, and Abstract Expressionist work, Bob Thompson brought a fresh perspective to his contemporaries and a revelatory, metaphoric expression to his field.

Like his art, Thompson’s life was both dynamic and dramatic. He produced more than one thousand works of art before his death at the age of twenty-eight. Brunk Auctions is pleased to offer Riders on Horseback, signed verso canvas “Bob Thomp./59,  at its February 7th-8th auction. For more information on this work, please view link here. 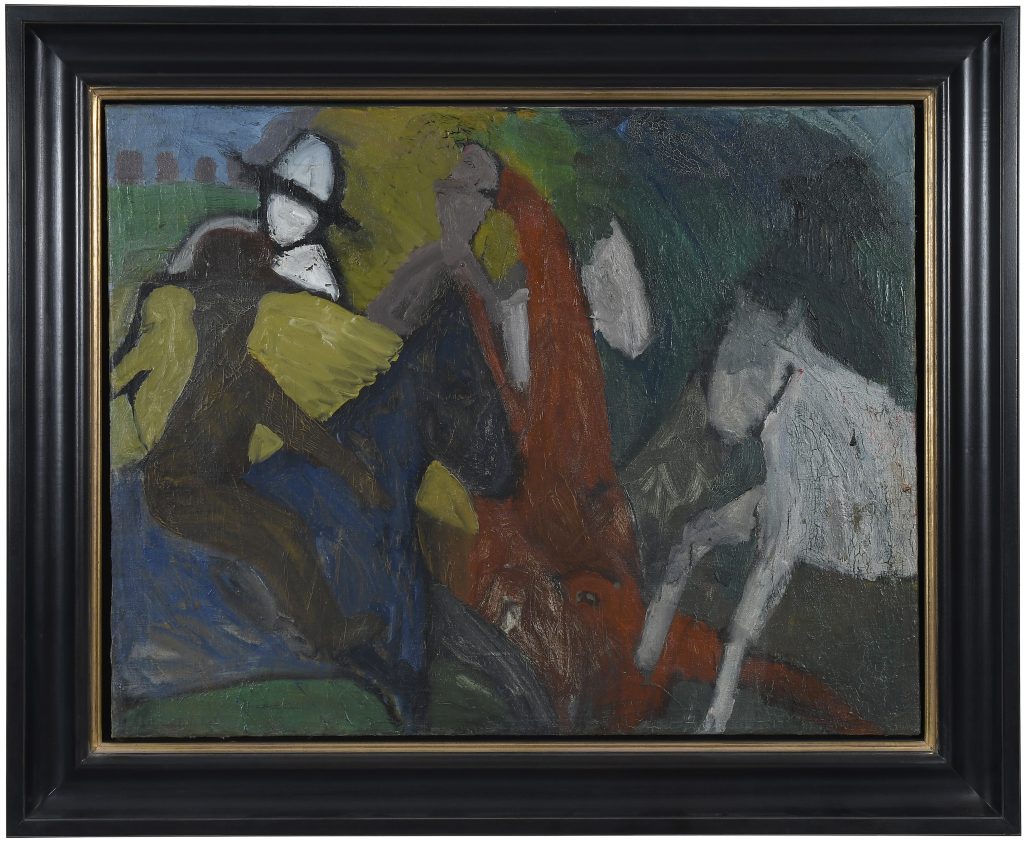 The Estate of William N. Banks, Jr. An Appreciation